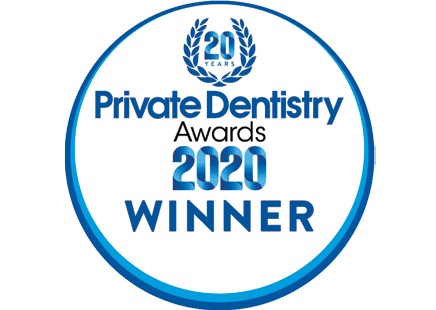 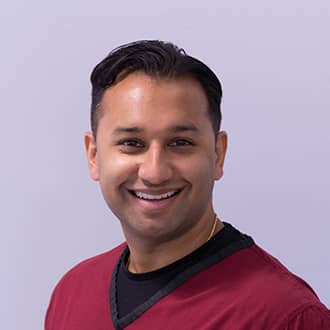 Born and brought up in Norwich, Dr Shah was educated at the King Edward VI (Norwich) School.

Known as “Sam” to his patients, Dr Shah went on to study dentistry at the world renowned Guy’s Hospital in London, now a part of Kings College London.

He graduated in 2004 and worked in Norwich for over 4 years in NHS general practice before opening up his own private clinic in one of Norwich’s most prestigious locations, Newmarket Road.

Dr Shah has become a member of the Joint Dental Faculties of the Royal College of Surgeons of England and is ready to embark on his next diploma.

He has successfully become certified by Invisalign to provide adult orthodontics using invisible braces, and has attained ‘Platinum’ member status, a reflection on over 150 completed cases.

In April 2010, Sam successfully completed and attained certification in providing “smile makeovers” by The Perfect Smile Studios. This involves creating the perfect smile using porcelain veneers, and was mentored by the dentists seen on ‘Extreme Makeover’.

In October 2010, he became the 1st and remains the ONLY dentist in Norwich to be certified to offer ‘6 Month Smiles’ braces – the revolutionary system to arrive from USA to straighten crooked teeth in an average of 6 months!

During 2011, Sam successfully completed the year-long course on Cosmetic Dentistry and Aesthetic Restorative Dentistry taught by Dr Christopher Orr, famously know in dental circles as the founding president of the British Academy of Cosmetic Dentistry.

2012 brought further success as Sam was awarded FULL MEMBERSHIP with the British Academy of Cosmetic Dentistry. Sam remains the ONLY dentist in Norfolk with this accolade. He was also shortlisted for the SMILE AWARDS 2012, where one of his cosmetic smile makeovers was nominated for best smile.

Continued professional development is of paramount importance to Sam, so in 2013 he returned to Dr Chris Orr at Advanced Dental Practice and became accreditted to perform complex full mouth rehabiltation of very worn and missing teeth. Very few dentists in Norfolk have the skills and expertise to tackle the most difficult of dental situations and often local dentists refer these patients to Sam.

In 2017, Sam was one of very few dentists in the UK to be selected to attend an Aesthetic Masterclass in Composite Dentistry taught by Dr Newton Fahl – a Brasilian dentist who literally wrote the book on aesthetic dentistry.

His interests include going to the gym, music and entertaining his 3 year old son.

< Back to the Team

I walked into the Newmarket road dental clinic ashamed of my teeth and ready to do something about it. I was greeted very warmly by reception and the staff then spent about half an hour…

I've had horrid, crooked and snagged teeth since my adult teeth came through, and I've hated them. I was very warmly welcomed to the practice by Tina and Chantelle on the front desk, who are…

After years of avoiding going to the dentist. I needed a quality dentist in the Norwich area, to fix a front crown that had come loose. I tried Newmarket Road Dental Clinic and was instantly…

I've just completed 18 months of Invisalign treatment at the Newmarket Road Dental Clinic. Firstly, I want to say how kind everyone has been to me, especially Sam. I'm a very nervous patient and Sam…

I only have very positive things to say about Dr Sam Shah and The Newmarket Road Dental Clinic. Since moving from the NHS to Sam's Clinic my experience of the dentist is so much better.…

Our dentists have temporarily closed their diary to new patients.

We hope to re-open our books as soon as possible.